Birmingham makers of 4mm scale white metal kits. Horses are included in the range with a variety of vehicles.

Earthenware and porcelain figures since 1810, based in Stoke-On-Trent.  Famous for their 'Whimsies' miniature animal series which began in 1953.  Several equines have been made over the years.

Parent company of MELBA WARE which began life in Staffordshire in 1946.  They have made several horse figures in china under the Wain name.

Rocking horse maker based in Lancashire.  These are a more unusual kind, carved in life-like poses without hair or tack.

Sculptor of bronzes whose Professional name is 'JOEL'.

Sculptor who has designed many of the Border Fine Arts equine models.

Sculptor based in Dulverton. She has made many equine bronzes, including life-sized statues. www.carolinewallace.com

Sculptor from Gloucestershire. Many equine bronzes and trophies.

China company founded in 1891 in Stoke-On-Trent.  They made the 'Zookies' range of animals which included a donkey and zebra.

Famous china company founded by Josiah Wedgwood in 1759 and is still in business.  A few horses have been brought out under the Wedgwood name over the years, including a Welsh Cob in flying trot. Royal Doulton is now part of the Wedgwood group.

China giftware company which began around the early 1950s. There was a simple lying pony dish in their range.

Sculptor 1877 - 1951. Many bronze equestrian pieces, including heavy horses. He also made pottery models.

Metal and plastic Britains sized toys. The company name was derived from Wendan Manufacturing and was established in 1948.  No longer trading.

The blanket name given to many of the models made by the late Dawn Walsh. These models were made from many different materials - clay, leather, felt, papier-mache.  Most were made for her own collection but some were also made for sale.

China company started by Thomas Wheildon of Stoke-On-Trent in 1719. A lying horse posy holder was one of their horse models.

Fur fabric model horses in a variety of colours and sizes. These were made in Lincolnshire in the early - mid 1980s and were designed to compliment their range of wooden stables and accessories.

Rocking horses made in Hertfordshire.

Ceramics company of which ALCHEMY was part of. The company was based in Gloucestershire and used to produce Animal Artistry's china models.

Rocking horse maker. Naturalistic poses made from stained woods which are intended as ornaments and not as toys.

Resin models made in Scotland. There were several native ponies and other horses made, all hand painted. The company ceased trading in early 2002 and the moulds were bought by Ballantynes of Walkerburn.

Sculptor from Cambridge. She has made many equestrian bronzes.

Stoke-On-Trent china company which began in the early 1900s. They have made a racehorse and a Shetland pony for their Crested China range.

Rocking horses in 1/12th scale for their range of doll's house miniatures.

Devon sculptor who has worked for Royal Worcester and has also had work produced in bronze. His sculptures range from racing and military figures to native ponies.  He died in 1980.

Rocking horse makers in the traditional style, as well as a Unicorn and Pegasus!

During the late 1980s and 90s, this artist made a range of ceramic portrait models of pets and horses.  It is not known whether these are still in production.

Woollen model horses made by the late Dawn Walsh. They stood between 3 and 6 inches tall and were made from a wire frame over which wool was wound. These were available in any breed, pose and colour. 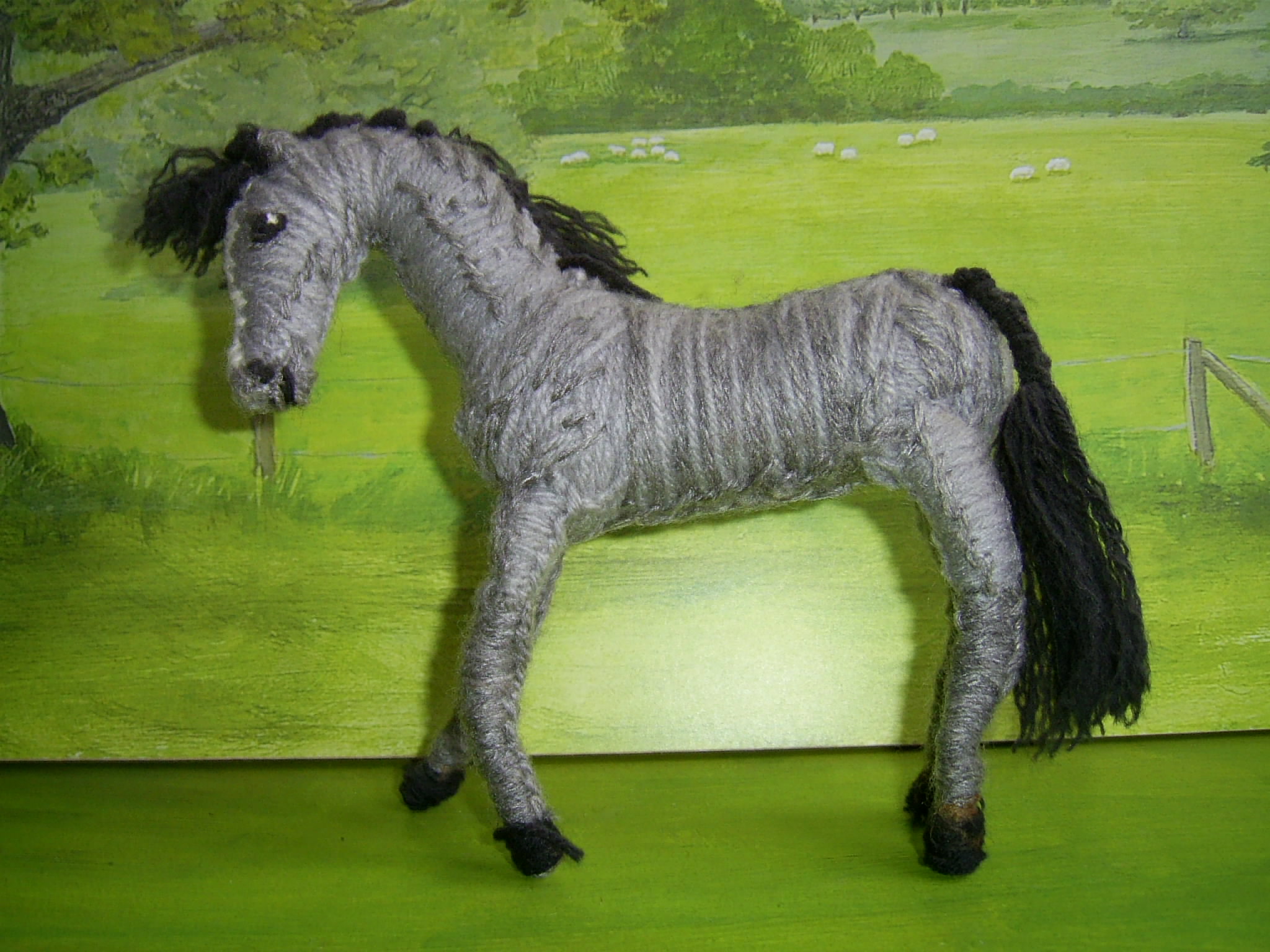 Surrey based sculptor. There are several equestrian bronzes and bronze resins available.  www.katewoodlock.co.uk

Lancashire based rocking horse makers who also supply accessories for making your own.

This well known company began in 1751 and has produced many equine pieces over the years by various artists.  Also known as Royal Worcester, the company merged with Spode in 2006 and is now part of the Portmeirion Pottery group. www.royalworcester.co.uk

Miniature pewter sculptures of horses and other animals as well as trophies. It is not known whether these are still in production.

Sculptor in bronze based in London. He has made a life-sized statue of show jumper Milton with John Whitaker.   www.jonathanwylder.com

Sculptor in bronze. He has made a model of a trotting Welsh pony.

Sculptor based in Warminster. There are several life-sized statues of horses.