Company which produced bronzes by various artists. There was a bronze of a Welsh Cob foal by Adrian Horsley produced in an edition of 50 during the mid 1970s.  It is believed this company is no longer trading.

Scottish sculptor who began making figures of horses around 1998. His work includes larger than life sculptures.

Model-by-numbers kits by animal sculptor Geoff Tiney of Northampton.  These kits consisted of slot-together wood armatures over which Plasticine was moulded.  They were available around the mid 1980s and are assumed to be no longer made.

Makers of pressed steel toys which included several sit-on horses such as the 'Prairie Prancer' and 'Range Rider'.  Sebel was the parent company of Mobo toys.

Began sculpting in 1975 and has made many bronzes.  His name is also well known for the animal models made by Country Artists which include heavy horses and donkeys.

Unusual wooden rocking horses aimed at the younger rider and were made in Cornwall.

Woollen model horses and ponies made by collector Cyndy Robertshaw in the 1980s. These were made from a wire frame bound with wool and came in many breeds and colours. A host of accessories was also made, from tack and riders to stables and carts. Production stop for a good many years but Cyndy started making these again, you can find more details via the Facebook page - https://www.facebook.com/ShadowModels

Pottery company based in the Isle Of Man. There have been several equine pieces made over the years.

Sculptor. A hunt scene in bronze was made in the 1980s. No other information available.

Resin models, mainly of animals. Were originally made in Staffordshire but are now made abroad. Lots of horses and ponies available. 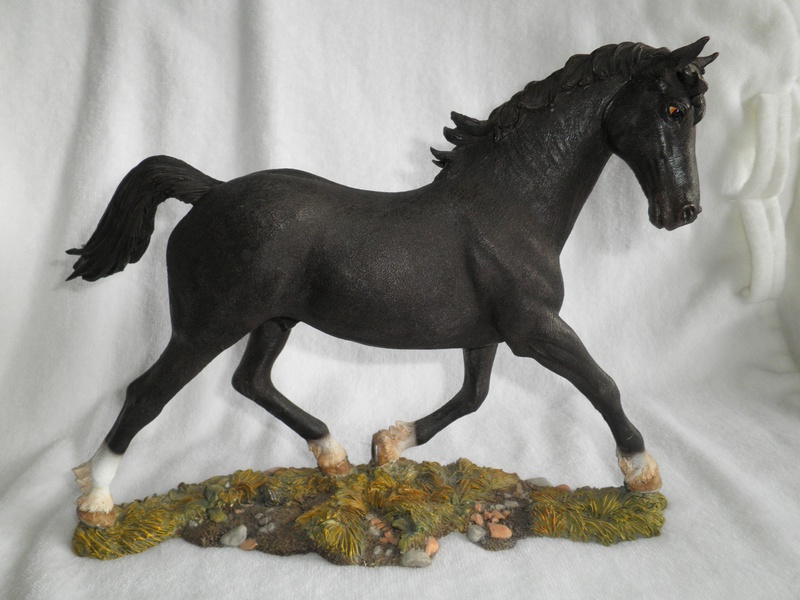 
Sculptor specialising in animal portraits. Based in Gloucestershire.  Her work includes bronze horse busts and some full models of horses. www.hannahshergold.com

Pottery company which made harnessed heavy horses. No longer available.

Traditional style horses made in Shrewsbury by Susan Barker. www.shropshirerockinghorses.co.uk

Sculptor of many equestrian bronzes and resins, based in Suffolk. She has made a number of major equestrian sporting trophies.  www.belindasillars.com

Rocking horses in the traditional style in a choice of colours and markings.

Hand sculpted animals in 1/12th scale. A pony mare and foal were made in the late 2000s. It appears that they are no longer being made.

1901 - 1980.  Probably Britain's most important contemporary artist and sculptor.  Many equine bronzes were made, from racehorses to heavies at work.

Miniature cold cast resin animals made in the Highlands of Scotland.  Range included a horse.  It is not known whether these are still available.

Pottery figures made in Cheltenham.  There was a model made of a horse with children.

Papier- mache model horses made by a collector in the 1980s.

Sculptor of many equine bronzes and trophies.

Hand carved rocking horses made in Middlesex. Many sizes and styles, mostly the more unusual ornamental type rather than traditional toys.  Not known if these are still made.

Rocking horse maker from Devon. The company was established in 1967 and produces horses in many sizes and styles.  www.margaret-spencer.co.uk

Sculptor who had models made by Heredites. No other information available.

Somerset based maker. No other information available.

Traditionally made rocking horses by Alan Mitchell of Suffolk. www.stablematestoys.co.uk

No information at the moment.

Models by Stef Ottevanger of North Yorkshire. She made a large range of country and farming models including several horses and ponies of various breeds and colours. More recently, she makes bronzed resin sculptures of animals.  www.stefottevanger.co.uk 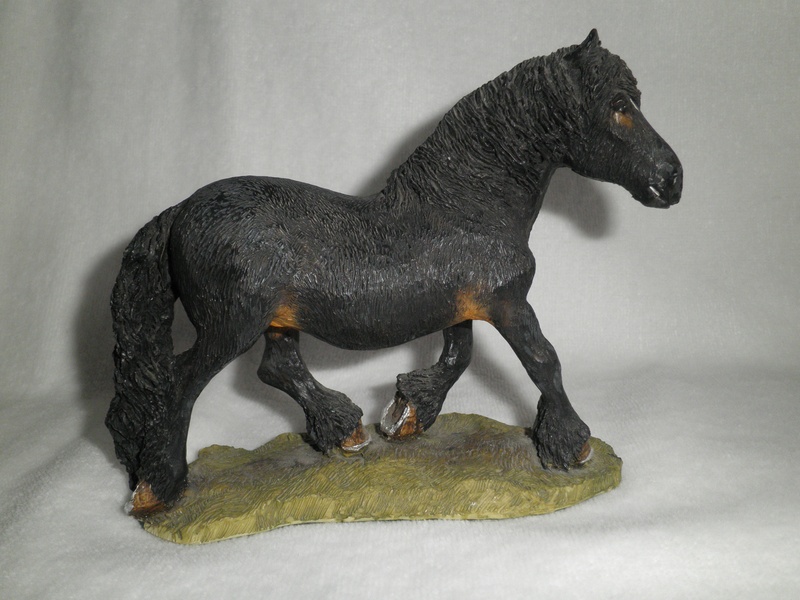 Bronze and bronze resin sculptures.  Some horses were made.  No other information available.

Fur fabric and animal skin models ponies made by Mrs. A. Stokes of Plymouth.  There were six colours available, each model standing around 13" tall.  These were made around the mid 1980s and are no longer available.

Rubber moulds and stonecast powder model making kits. They produced a Thelwell set in the 1980s.

Pottery animal models made in Devon. Some horses were available. No longer made.

A range of small resin or fur fabric ponies. These are a cartoon style children's toy.

Plaster model kits to make your own models. The range included a set of three Thelwell ponies, made in the late 1980s.  The company is still trading and still makes a few equine moulds, such as a Zebra and donkey.

Pottery company formed in 1935 by Shaw & Copestake. Several horses were made, from heavies to lying foals in both horse and non-horse colours. The factory closed in 1982.

Pottery studio founded in Stoke-on-Trent in 1951 by Hungarian Joseph Szeiler.  Many animal models were made, including ponies and donkeys in a mostly stylised fashion.  The studio closed in 1986 when Joseph died.  Some of the company's moulds were bought by Moorland Pottery.