Bronzes by artists such as Lorne McKean and Geoffrey Snell. It is not known if this London company is still trading.

The parent company was founded in Leicestershire in 1909, and the name Palitoy was first used in 1935.  They were well known in the toy world for making the Pippa doll series, Action Man and Action Girl and Little Big Man, all of which had horses in their ranges. The company folded in 1984 and taken over by Hasbro.

Plastic construction kits made in the 1960s in London.  These 1/30th scale kits included a few horse drawn vehicles such as the Lord Mayor of London's Coach, Sussex Waggon, the Royal Barouche and the Royal Mail Coach. Some came with horses, some without. Horse kits could be bought separately.

Gloucestershire based sculptor since 1983. Her work includes many bronzes of horses. www.gillparker.co.uk

Rocking horses made by Geoff and Barbara Sale of Nottinghamshire.  It is not known if these are still available.

Traditional rocking horses made in Plymouth.  It is not known if they are still available.

Toy company which began in the 1930s in Exeter.  They were most famous for making the Sindy range of dolls, as well as Anna and Happytime and Tommy Gunn, all of which had horses in their ranges.  They were in business up until the late 1980s.

Clay models made by collector from Staffordshire. In the late 1990s, she hand made miniature Thelwell style ponies and a limited number of resin Falabellas.  No longer made. 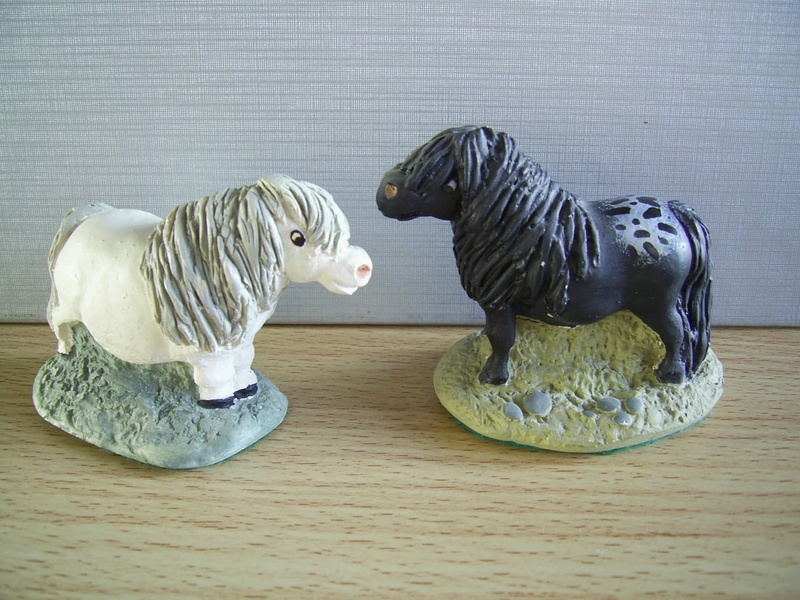 Plush covered rocking horses in various sizes and colours. It is believed these are no longer made.

Latex model horses made in London during the early 1960s. They stood 3 - 6" high, painted any colour and many breeds and types were available. There were also accessories such as riders, tack, rugs and hounds.

Worcestershire based maker of resin models. There were several horses available including Shires, Welsh ponies and cobs and Arabs.  It is believed they are no longer made.

China figures made in the New Forest. Horses included heavies and ponies. It is thought they are no longer made. 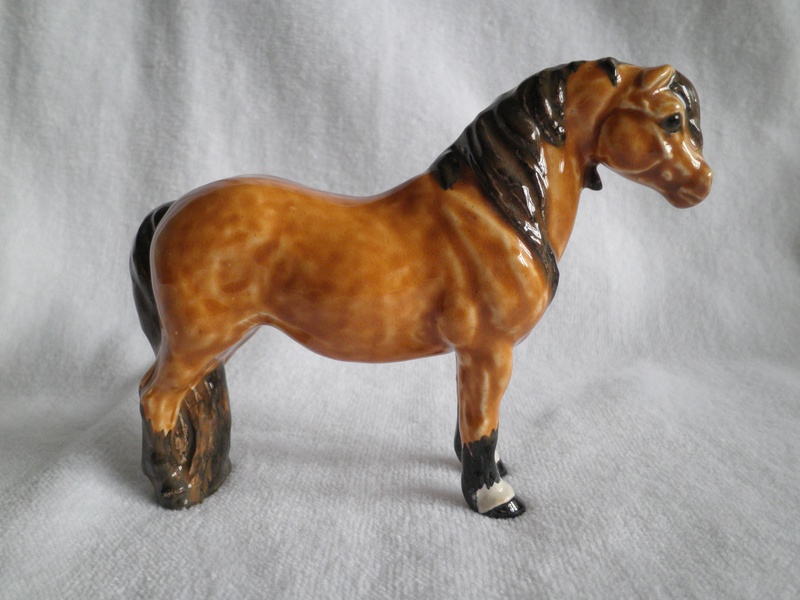 Essex made polished wood traditional style horses, around in the 1980s and no longer made.

Foundry established in 1982 specialising in equestrian sculptures. They produced a bronze of Desert Orchid by Gill Parker. These are no longer in production.

Shropshire based china factory. They are reported to have had a horse in their range. No longer made.

Lincolnshire based company run by Roger and Jenny Sanderson.  They now appear to be called 'Pig's Whistle'.

This company made plastic Thelwell ponies and riders in the 1970s. There were four different colours - bay, white grey, dark grey and palomino. They all bear the official Thelwell ' t ' on the ponies' rumps.

Sculptor, 1921 - 1981.  Italian born, he became a sculptor whilst living in England. He made many horse bronzes.

Sculptor. He designed many horse models for Northlight.

The company was established in the late 1870s and has made a number of horse models in china and stoneware.  Poole Pottery still exists but there are no horses in their current range.

Sculptor who made a cold cast bronze of race horse Best Mate in 2006.  No other information.

Victorian style rocking horses.  It is not known whether these are still being made.

China models made in North Wales. In the 1970s, a lying pony money box was made. No other information.

Resin models typically in a dark brown colour. Their range included ponies, donkeys and foals. It is not known whether they are still in production.

Rutland sculptor who was apprenticed with the late John Skeaping. Tessa has been producing horse models since 1976 and has made many equine bronzes as well as life sized sculptures from wood.  www.tessapullan.co.uk

Created in 1966 by some ex-employees of Poole Pottery.  They had a few horses made. The name appears to be still going but there are no horses.