Bronzed resin models. They had some racehorses in their range.  No other information.

Models made from cold cast bronze, pewter and silver. In the late 1970s there were several horses and foals available.  Believed to be no longer trading.

Lincolnshire company making china personalised mugs.  They used to have four china horses in their range, all in a light brown glaze. There were two sizes of heavies, a light horse and a lying foal. Quite basic models.  The company no longer produce any horses.

Resin models mounted on wood bases. There was a series called 'Just Horses Collection' and it included a beach donkey, a rugged horse, a mare and foal and two horses in a field. They were sculpted by artist Richard Sefton.  Available in the late 1990s/early 2000s and do not appear to be available now.

This studio made a china horse in dapple grey. I have no other information. 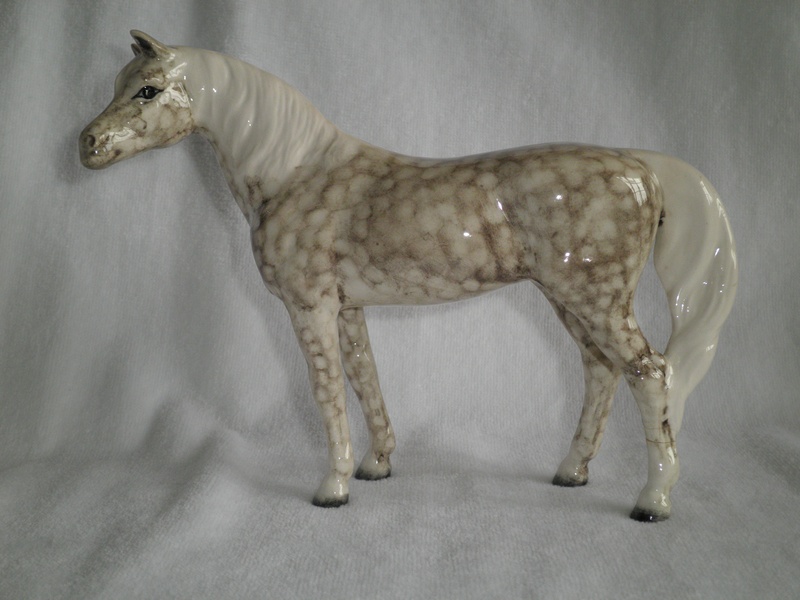 Sculptor 1940 - 1992.  Made many bronzes of horses, including Bucephalus, Burmese and Eclipse.

Latex model horses made in Knightsbridge, London in the early 1960s.  The models stood from 3 - 5" at the withers and were available in many breeds and colours.  Lots of accessories were made to accompany them - tack, rugs, riders, hounds, stables and much more.  No longer made.

Sculptor who was based in Merseyside. She produced many equine bronzes including racehorses such as Troy and Sea Pigeon. Some models were produced in porcelain by Hereford Fine China.