Cumbrian artist Sebastian Wylder designs models of horses and dogs in a variety of materials, including bronze, bronze resin and reconstituted stone.  Most are for garden sculptures.

Toy company based in the UK. They make a soft toy pony called 'Trotter' which has electronic sounds.  www.lamazetoys.co.uk

Sculptor based in Kent. Her bronzes are made to order and include dressage horses.

Hand made and painted miniature polyresin animals produced in Scotland.  The company began in 1982 as Lammermuir Design and their range includes a few horses and donkeys in various colours. 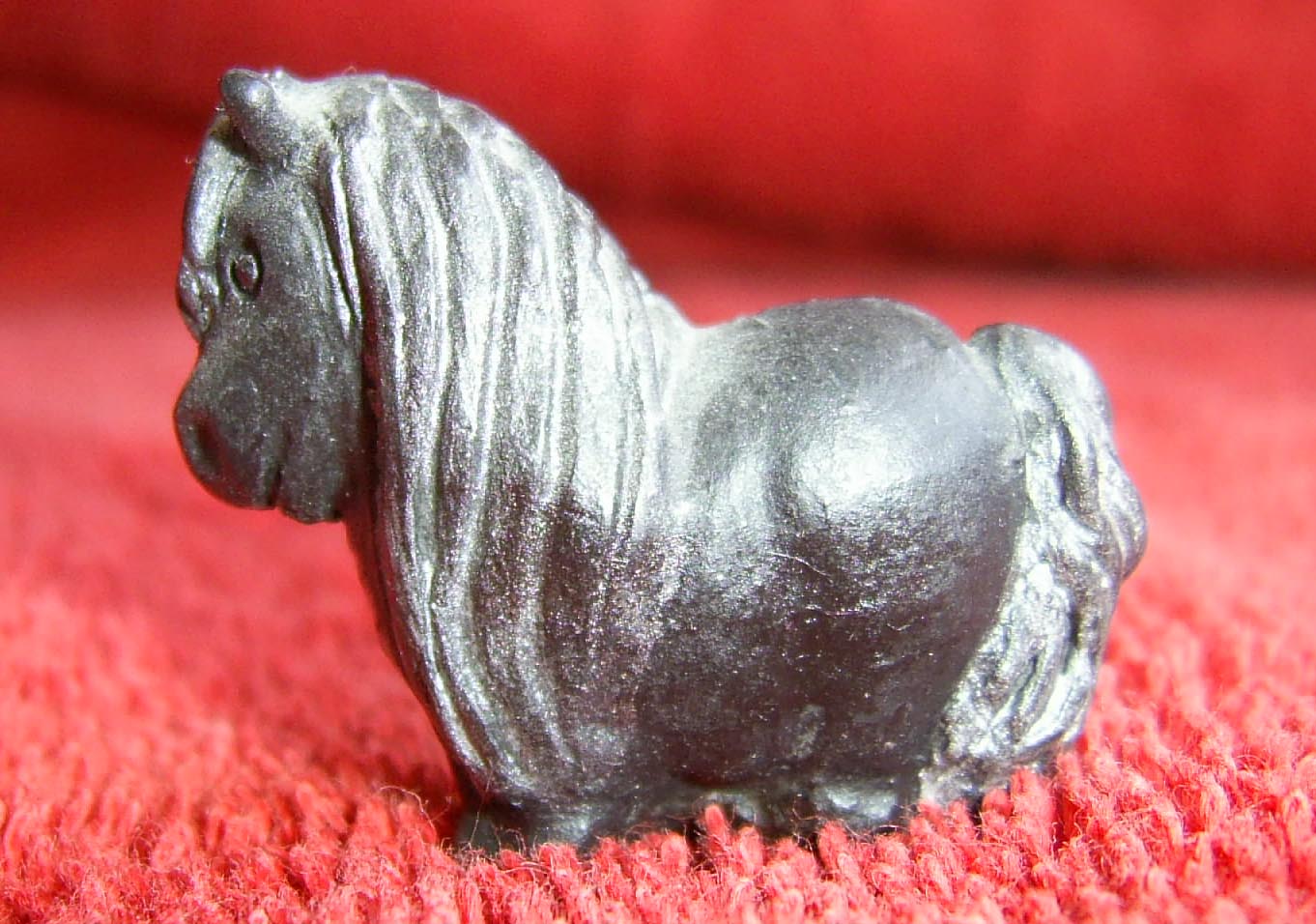 Sculptor of various horses made for Horsing Around. Her models have been produced in resin and bone china.

Stoke-On-Trent pottery studio making mainly mugs and plates with a country theme. They have also made a horse in jumping pose.

Model railway accessories. There are some horses available ready made or in kit form. www.langleymodels.co.uk

Dorset based maker of hobby horses. The company began life in 1976 and are still producing hand made hobby horses.  www.laureldesigns.co.uk

Northamptonshire rocking horse maker. Traditional horses made from polished hardwoods.  It is not clear whether these are still being made.

Maker of bonded stone garden ornaments in the West Country.  Included in the range is a lying Pegasus, about 5" high.

Rocking horses made by Paul Leach in London. These are now antiques.

China company operating in the early - mid 1800s.  They made a pearlware standing horse intended for advertising use in shops.  Very rare antique.

Traditional style rocking horses made in Buckingham.  They have even made a rocking zebra!  www.legendsrockinghorses.co.uk

China company from Stoke-On-Trent.  They made a standing heavy horse around 9" tall. No other information available.

Cambridgeshire car mascot maker which has been in business for over 100 years. Many horses have been made from metal for mascots and desk models.  www.louislejeune.com

Norfolk company which supplied model harness, tack and people for model horse drawn vehicle makers.  They also made their own range of horses from earthenware. Their range included Shires, Percherons, carriage horses and cobs, all hand made and painted.  No longer in production.

Resin models designed by importers Lesser & Pavey, based in Kent. There are many horses, ponies and donkeys in their range, which are manufactured abroad. The company has been in business for 40 years.  Their models can be found in many high street shops and on the internet.  www.leonardo.co.uk 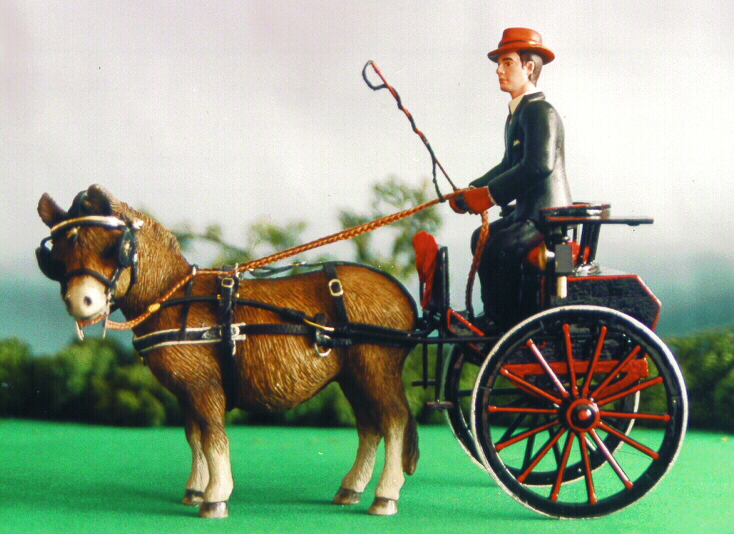 Sculptor 1896 - 1979.  Her work includes many equestrian pieces produced in fine china and bronze, many produced by Royal Worcester.

Rocking horse makers in the 1800s. They were one of the most famous toy makers in the UK at that time. The company name eventually changed to Tri-ang after several changes to management.

Family run pottery studio which began in Shropshire in the late 1970s. The company expanded and moved several times and was latterly in Staffordshire until its closure in 2009.  They made a standing pony and lying foal in various colours.

Resin models made in Surrey. There are some horses in their 'Wild West' series.  No further information available.

More famous as a painter and illustrator, Mr. Lloyd also made a number of highly detailed models of coaches and horses.  These were around in the 1930s but it is not known whether they were entirely for his own collection.

Rocking horse maker from Northamptonshire. These were around in the 1980s and it is not known whether they are still being made.

Company in Devon which commissioned Susanna Holt to sculpt a limited edition bronze of Red Rum at Beechers.  This piece was exclusive to Longbridge Arts and was produced in the early 1980s. It is not known whether this company is still trading.

Sculptor that has created models for the likes of Albony Fine China.

Artist Michael Lovejoy has made several equine models from resin. Some Stablemate sized models include a rearing Mustang and a lying donkey.  These are available through Horsing Around.

This toy company made an 8" cuddly version of Thelwell's Kipper in velveteen with acrylic mane and tail, complete with tack.  It was available in the 1980s and is no longer made.

Birmingham company casting metals for over 100 years. They claim to be the pioneers of the 'lost wax' method of bronze making. They also make models from silver, gold and brass.  Various equine pieces have been made, sculpted by artists such as Peggy Alexander and Rob Donaldson.  www.luntscastings.co.uk

Back to A
On to M