Sculptor based in West Sussex.  Not a specialist in horses, but has done a handful, most notably a larger-than-life bronze of the Queen riding out. This can been seen at The Great Park, Windsor.  www.philipjacksonsculptures.co.uk

Made a 3" solid silver model of two Shires pulling a plough in a limited edition of 500. No other information available.

Sculptor working with cold cast bronze, solid bronze and ceramics.  There was a foal made for Frith Sculptures.  www.pauljenkinsgallery.co.uk

John Hill & Company made toy lead and plastic similar to Britains. Indeed, they began life in London in 1898 by a former Britains employee.

1845 - 1938. Bronze sculptor specialising in horses. He produced several racing pieces and also made memorials and statues.

Hand made pottery ponies produced in the West Midlands in the mid 1980s. These rather stylised models were about 3" high and were available in various colours.  No longer being made.

Rocking horse maker from the Isle of Wight. Judy Fergusson began producing horses in 1987 and has now sadly passed away. There are also wooden models made without rockers.

Resin models, in the same vein as Leonardo.  There are horses, ponies and donkeys made, most on wood plinths.  They come either painted or in bronze colour.  Available from many gift shops.

1/12th scale Latex and soft plastic model horses and accessories. The company was started in London in 1945 by Lavender Dower, an artist who produced chamois leather characters and animals.  Soon after, the medium changed to latex and concentrated on horses.

Lavender sold the business in 1965 to Mr. and Mrs. Heath who revamped the range. The business changed hands a couple more times until Annabel Levaux bought Julip in 1984 and introduced the soft plastic 'Horse of the Year' range in 1989.

In late 2013 the Julip 'brand' was split into two different companies, with the Julip Originals side now owned by Laura Ibbitt and Annebel retaining the Julip Horses Ltd company who produced of the 'HOTY' range. The HOTY range is now believed to be discontinued. 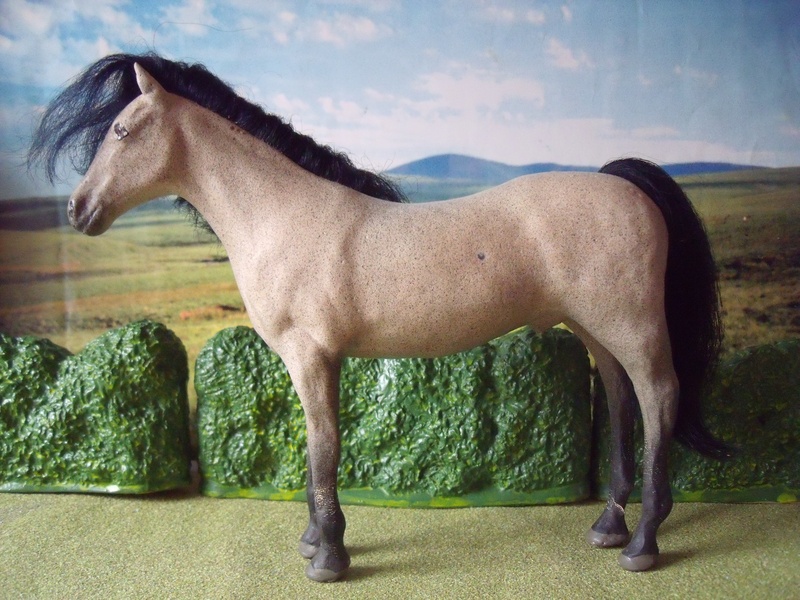