UK manufacturer of miniature metal figures.  There was a 'Pony Club' series of children and ponies which were very detailed and well painted.  No longer in production.

Model horses made from air drying clay by Keren Heath (now Gilfoyle). These were made in the 1970s.

Made by Jennifer Garter, perhaps the youngest woman to be in the rocking horse business. Training under Malcolm Gibbons of GEM Rocking Horses, she makes both full size and miniature versions.

Established in Cheshire in 1961 by James Galt & Co, makers of quality toys.  Rocking horses were made in the 1970s.  The company is still going strong but there seem to be no equines in their range these days, unless you count their 'Sew a Pony' and 'Knit a Pony' kits!

Sculptor originally from Peru but now living in Berkshire.  His speciality is making horses from steel wire.

The Crown Jewellers of Regent Street in London. Regularly sold exclusive sculptures by various artists in bronze and precious metals. Work has been commissioned from Edwina Emery and Gillian Hoare.  There are no equestrian pieces being sold at the moment.

Welsh craft business making ceramics. Their range included a 3 ½" lying foal. It is not known if they are still trading.

Sculptor using steel and wood. In the 1970s he made a life sized horse in wood and fibreglass and various others in metal including hunting pieces. All hand forged. No longer being made.

Sculptor based in Gloucestershire. He has produced many equestrian pieces in bronze and cold cast bronze. His work has been commissioned by Albany , Heredites and Border Fine Arts.  David also uses a material known as 'Sladware' which is a cold cast porcelian (porcelain/resin mix).  You can see his work at www.david-geenty-designs.co.uk

Makers of the Fleetline range of railway model kits in white metal. Their accessories include some tiny horses and horse-drawn vehicles.

Based at the Blists Hill Victorian Museum in Ironbridge, Shropshire.  Malcolm Gibbons makes full sized and miniature horses in the traditional Victorian style.

Hand crafted pottery based in Cornwall. Their horses and ponies are brush painted and finished by hand. The range includes Arabs, donkeys and native ponies in various colours and poses.  It is not known whether this company is still trading. 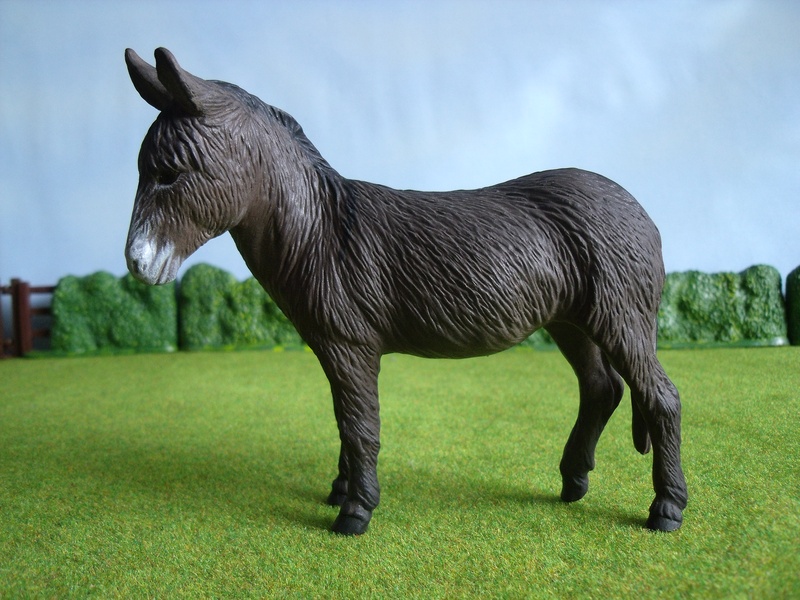 Maker of Galexis models in the 1970s and more lately Petite Ecurie models from pewter in the 1990s. There have also been various sculptures produced in resin.

Surrey sculptor. In the 1970s he made the largest equestrian sculpture in the world - a bronze of five rearing horses standing 13" high.  I have no further information.

Sculptor based in Stamford.  He has produced some horse pieces in bronze. www.gillick-sculpture.com

North Wales based glass maker which began life in 1989.  There are several equines available in various poses, all hand blown in coloured glass.  www.glassblobbery.com

Pottery company from Cornwall. They are most known for their decoupage floral patterned animal models. The range included china rocking horses. It is not known if they are still in production.

Traditional wooden rocking horses which were made by a furniture company.  The furniture side of the business is still running but they no longer make the horses.

Sculptor 1845 - 1879. He was perhaps the best known of the British Animalier artists and was famous for his horse bronzes.

Soft toy maker from Worcestershire.  There was a Shetland pony in kit form to make, 12" high, available in two colours. No longer made.

Sculptor. Has produced a Cleveland Bay model which was sold by Horsing Around in 2004.

Scottish pottery company which ran from 1911 to about 1976 in Glasgow.  They mostly made vases and tea sets but there were some animal models made, including a heavy horse, about 3 ½"  high in a blue-green glaze. 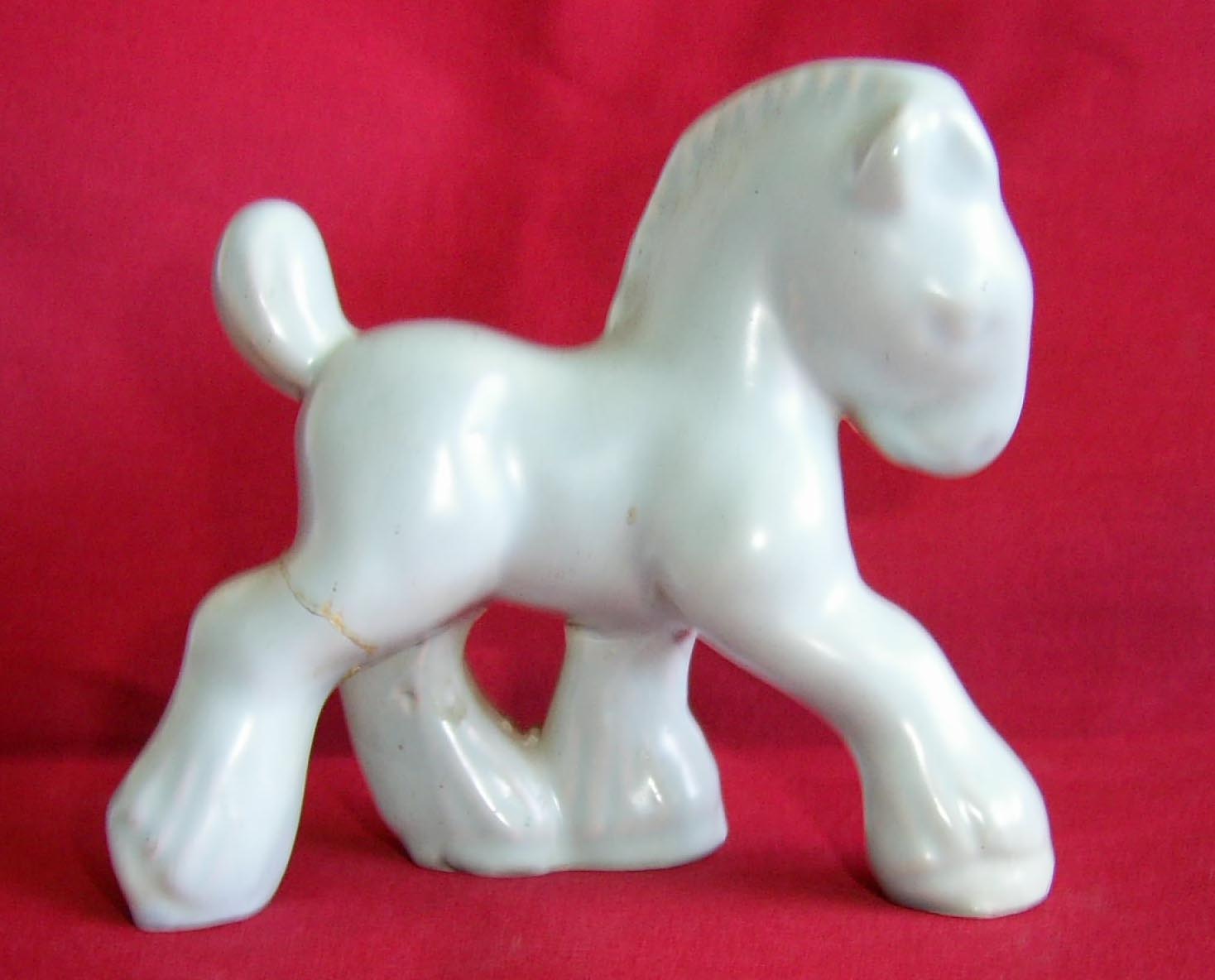 Country collectables company established in 1922.  For many years they simply supplied models such as Border Fine Arts, Country Artists and Beswick but more recently they release models under their own name.  There are mini Thelwell cartoon pieces and a range called 'Pony Times'  that are made from resin, plus many other small novelty items.  https://grays1922.com/ 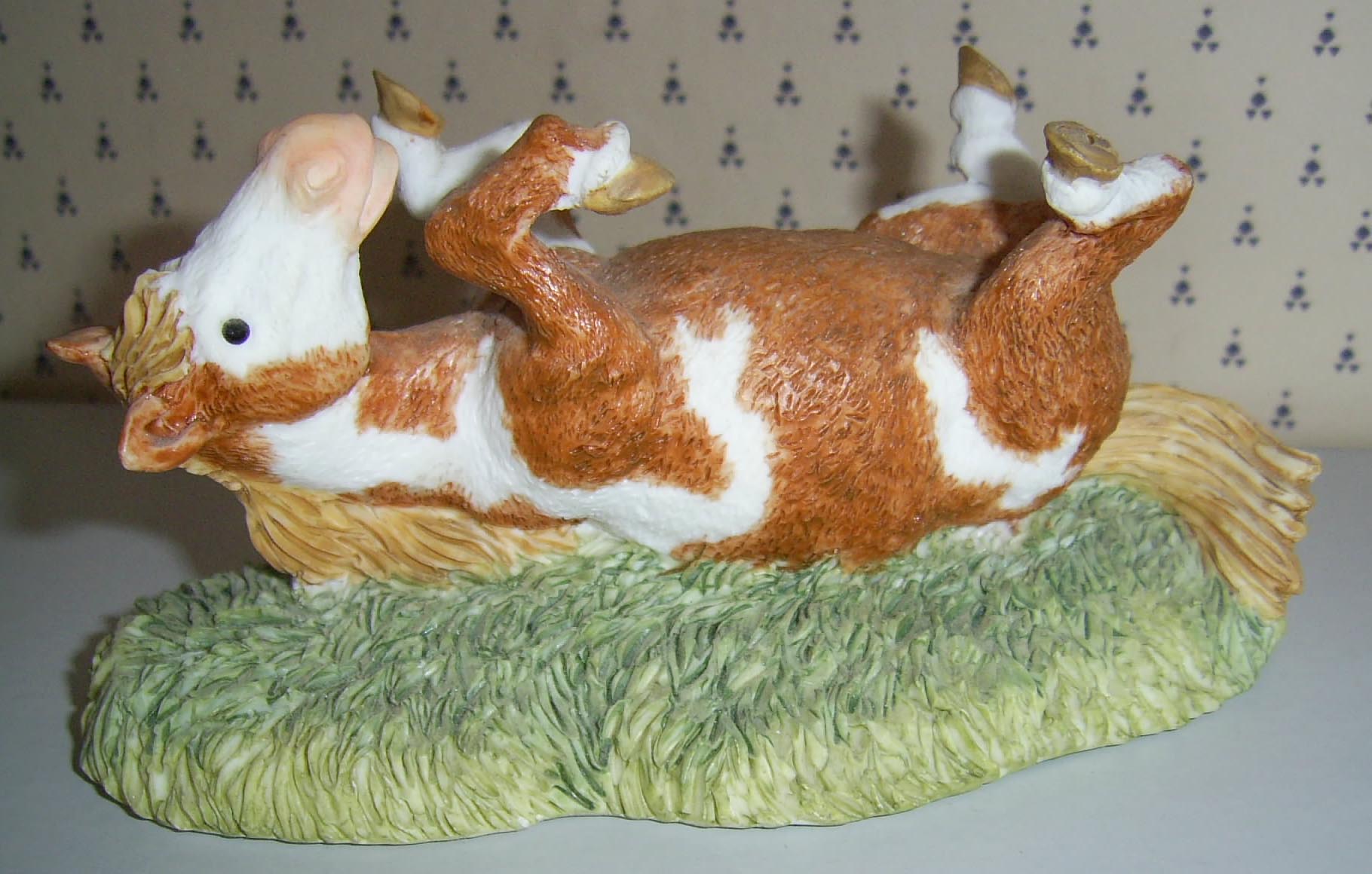 Hand made woollen model ponies and foals with wire legs to allow them to bend .  These were about 3' high and accessories such as tack were available.  Around in the early 1970s and no longer made.

Dorset based sculptor.  In the early 1980s, she produced a model of a horse, rider and hound made from Welsh purple-grey slate and mounted on a wooden plinth. It was made in a limited edition of 100.  No longer available.

Animal sculptors from Wales.  No other information available.

Scottish sculptor who produced model horses in resin.  Her own range was called Idyyl and there are slso many other original sculptures done including Arabs, stock horses, ponies and even a Zebra. 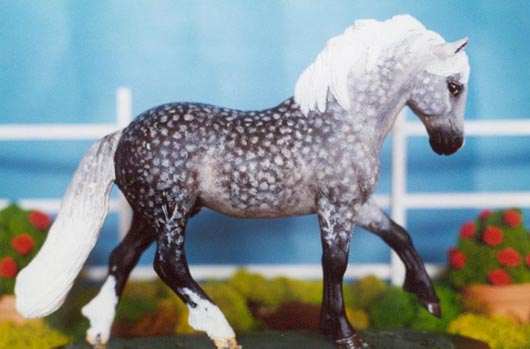 Rocking horse makers in the early 1980s. They produced very large horses, 6' long, on bow rockers. It is assumed they are no longer trading.