Staffordshire china company once owned by JH Weatherby & Sons.  Falcon Ware began life in 1925 and the name was in use up until 1964.  No further information at this time but it is believed there were some sort of horses made.

Northamptonshire based makers of traditional Victorian style rocking horses.  It is not known whether they are still being made.

China makers around the 1950s in the Staffordshire area.  They produced a range of animal salt and pepper pots which included a stylised horse in white with flowers.  No longer made.

Soft toys made by Anji Smith of the West Midlands. Small felt and material ponies with fake fur manes and tails, in various colours. Not unlike Equus Handcrafts models. These were made around the 1980s and sold at craft fairs and shows.

Hand made clay model horses by collector Joi Wheeler. These were another make using air drying clay. There were many breeds and colours available, around the mid 1970s and no longer being produced.

Sussex company producing hand crafted metal models mounted on polished wood plinths.  There was a racehorse made in walking pose with a jockey.  These were available in the 1980s and it is uncertain whether the company still exists.

Craft studio based in Surrey run by Annie and Lee Willis.  They made model animals from recycled real animal furs. There were a few horses.  Believed to be no longer in production.

UK toy company, started in 1999, which makes the famous Sylvanian Families range.  There are a few horses and foals in flocked plastic to go with this line.  Other horses from Flair include 'Toffee the Pony' in the Emotion Pets range of cuddly toys that move and have sound and the 'Filly Princess' range which are plastic.

Artist Sally Leich, based in Norfolk.  I don't have any other information except there are/were some equines made.

Rocking horse maker from Dudley in the West Midlands.

Classic-sized resin models made by Ian M. Fraser of Scotland.  There were some native ponies available such as New Forest and Welsh pony and also an Arab and Thoroughbred.  These are no longer in production. 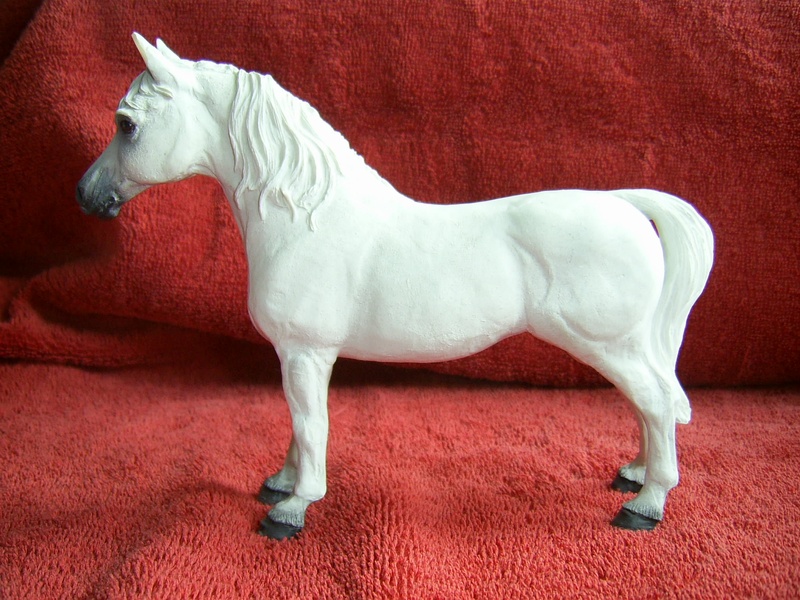 Sculptor based in Dorset. She has produced many horses in bronze, cold cast bronze and also in ceramic. Included in her work are racing figures, Arabs, Shires and Welsh ponies and cobs.

Collector Ann Richards made some models in the late 1970s from strong paper. There were many breeds available as well as accessories.  No longer made.

Wiltshire company producing bronzes of several artists.  There is a new born foal by Paul Jenkins and a foal called Missy by Katherine Stewart.  www.frithsculpture.co.uk

Fred and Joan Frost of Northamptonshire are makers of Victorian style horses.  It is thought they are still in production.