Porcelain sculptures made in Wiltshire. The company issued a limited edition model of show jumper Milton in jumping pose on a bronze plinth, sculpted by Russell Hackney. It is not known whether they made any other horses or whether the company still exists.

Rocking and carousel horses hand crafted by John Flack of Worcester.  These are still being made and can be seen at various craft fairs, agricultural shows, etc.

A pottery company which had a range of animals, typically in honey glaze with darker points. There was a lying foal in the series, quite large at 13cms high. I believe this was the only equine this company made. No longer in production. 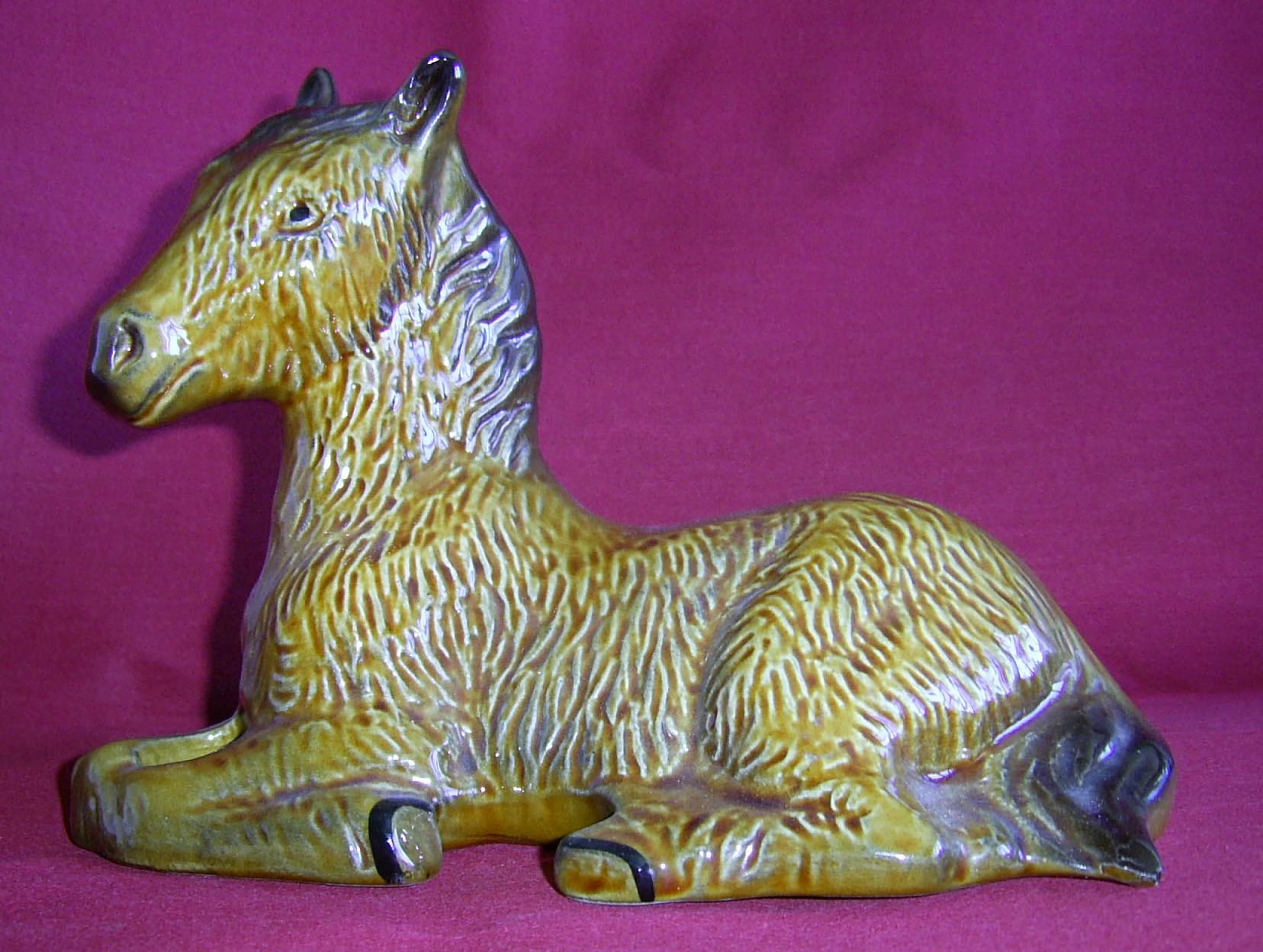 London metal company making trophies and car mascots.  In the range were show jumpers and racehorses in solid bronze which were chromed for mascots or silver plated for ornaments or trophies.  Around in the 1970s but I can find no more information about them.

It appears this company made some of the models used by Heredites, notably the series of Shetland ponies. I have no further information.

Clay model horses made by collector Liz Bentley in the 1970s.  These were all made to order from air-drying clay with hair or clay manes and tails.  All breeds and colours were available.  Liz finished making these models in 1982. 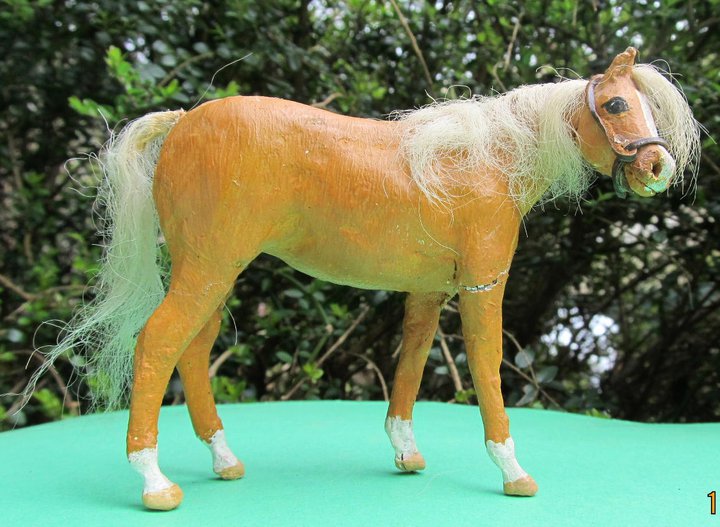 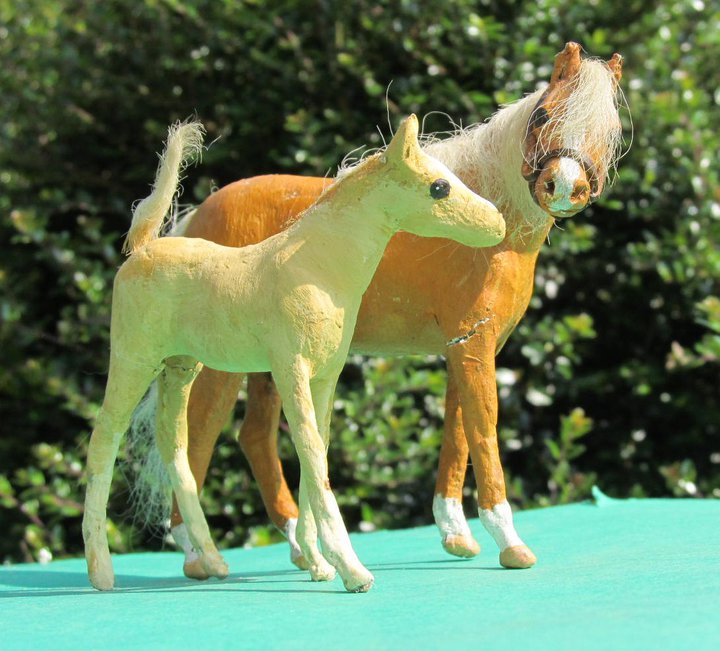 OF Electra Models owned by the late Marian Rickerby

Early Learning Centre, the well known toy shop, had a series of model horses made for them under the 'Pony Tales' title, endorsed by eventer Pippa Funnell. This 1/12th scale plastic range included five horses and a foal, riders, tack, wooden stables, jumps and a horsebox.  The series ran for 2 or 3 years before being discontinued.  ELC still have a number of smaller horses and ponies for their farm sets.

Stoke-on-Trent company which had many animal figures in its line. There was a mare and foal in various colours including appaloosa and coloured, approx 6 ½" high and a carriage horse.  The company closed in the 1990s. 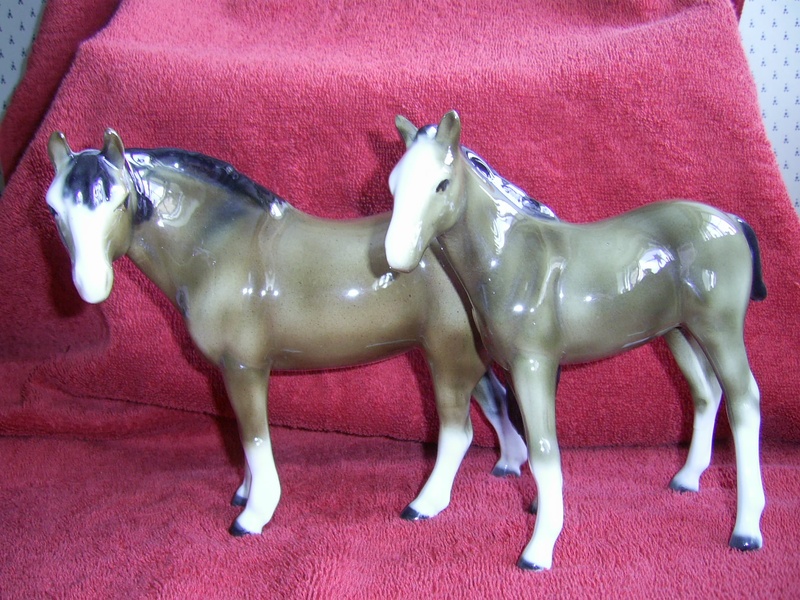 Sculptor working with bronze and precious metals. Her work includes trophies and examples can be viewed at www.pallmallgold.co.uk

Hand made rocking horses produced in Shropshire in the 1970s. No longer made,

Makers of small metal models based in Hampshire. Several horses and ponies were available in various poses, mostly around 3" high. These were cast in solid metal and then plated in sterling silver or gold.  This company used to be known in the 1980s as 'Royal Hampshire'.  It is believed to be no longer trading.

Sussex company which made a Shetland Pony rocking horse in the 1970 - 80s.  It is unknown whether this company still exists.

The name under which Robert Donaldson's sculptures were sold in the early 2000s.  These were all cast in resin and there were Thoroughbreds, Arabs, dressage horses and riding ponies available.

Latex model horses and accessories made by Helen Moore of Dorset.  The company began in 2008.  There is a huge range of breeds and accessories available and all models are hand painted and have raw silk manes and tails. Most are in 1/12th scale but there are also mini models. The company stopped production in 2020.  www.equorum.co.uk 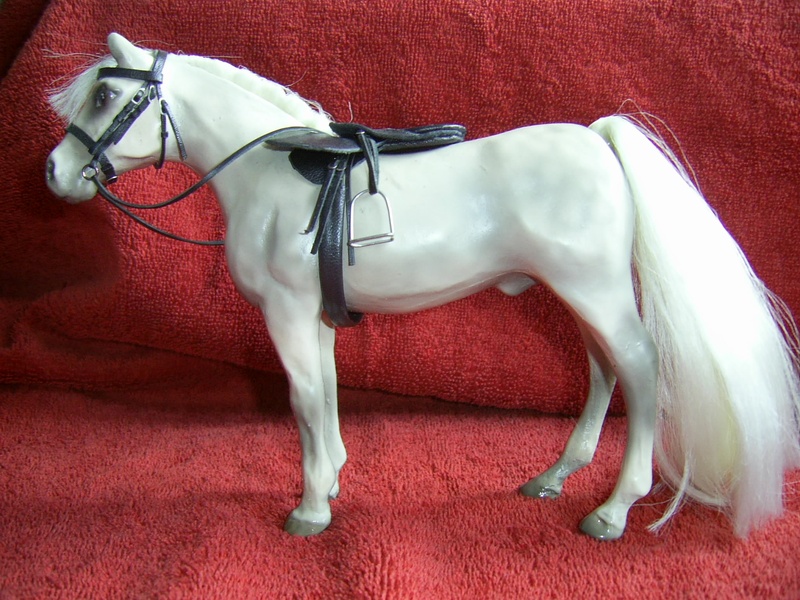 Felt model horses and accessories made by collector Carol Atherton of Merseyside.  She began selling her models in September 1988 and continued up until the early 1990s.  The models were about 4" tall with wool manes and tails. There was just one basic standing pattern which could be adapted to other poses.   No longer made. Sculptor or racing pieces in bronze. He has made models of Shergar, Sir Ivor and many other famous racehorses as well as some of the Spanish Riding School horses.  No other information available.

Company based in Birmingham founded in the 1990s which makes white metal and pewter mini models. There are a few country and Indian scenes which include horses.  All models are around 4" high and mounted on polished wood bases.

China company based in Stole-on-Trent.  Some former Royal Doulton employees formed their own company making china figures. There was one horse, sculpted by Alan Maslankowski, around 7" high and available in several colours.  Only available for a short time before the company closed.