Resin sculptures made in the mid 1990s. Classic sized native ponies were produced under the 'Natural World' title. These were only made for less than a year and then discontinued.

Racing and hunting figures painted to the customer's requirements. Models available were a race horse and jockey, jockey on his own and a hunting scene with hounds.  Each piece was mounted on a polished wood base.  No longer available.

Stoke-On-Trent china company established in 1890.  They produced a range of crested china (models in plain white with a colour crest transfer on them).  There was a racehorse and jockey in this series. The company name still exists but there are no horses in their line.

Lincolnshire based soft toy company which produced pyjama cases in the form of lying ponies in the 1980s.  There were also foxes and bears dressed as huntsmen and jockeys. The name was changed to House Of Durham in the late 1980s.

Established in 1772 in Shropshire making china tableware. The company is now sited in Worcester and making fine bone china equestrian sculptures of racehorses.  Their range include Desert Orchid and Phar Lap.

Famous toy company which had factories across the country.   In 1978, they were bought out by Palitoy, then the name passed to Woolworths in 1998. It is now exclusive to Argos. In the mid 20th century, there was a host of soft toys made including horses and donkeys.

Sculptor of models in wood such as teak and sycamore, around the 1950s. Several Lipizzaner horses were made in various high-school positions.   No longer available.

Ceramic models made by Ken and Linda Wilson.  Hand painted ponies and donkeys were included in the range.  No longer available.

Britains-sized lead toys made by a London based company founded in 1929.  There were many horses made to accompany their soldiers and farm sets.  The company was bought out in 1975.

The name given to a range of hand made felt horses and ponies made in Wales by the Charles family.   The horses were roughly 1/12th scale.  No longer available.

Toy importers based in Birmingham whose name is associated with the 'Pony World' range of flocked plastic horses and accessories.  Available from most toy shops and on-line.

Isle Of Wight china company. In the 1980s they made a unicorn in a semi-rearing pose.  It is not certain whether this company is still trading. 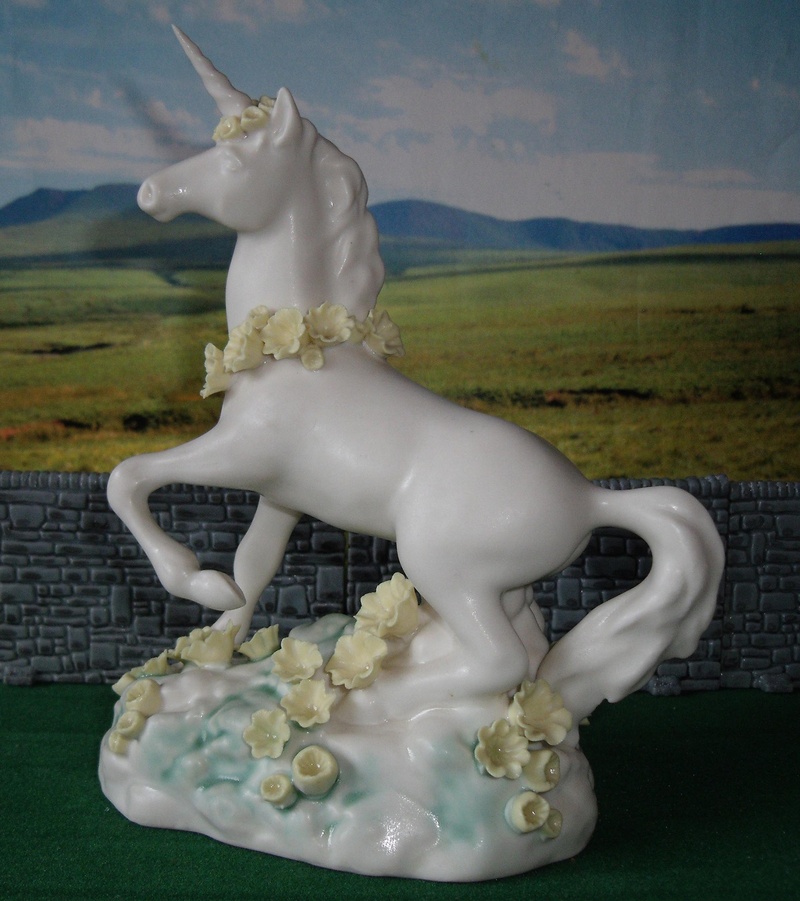 Toy company based in Northamptonshire.  They made the 'Penny's Pony Club' range of plastic Thelwellesque miniature figures and accessories.  No longer made.

Soft toy company which began in 1908 in Buckinghamshire.  They produced several push-along horses on wheels.  In 1967 the company was taken over by Chad Valley.

Surrey rocking horse maker and restorer.  No other information available.

In the 1970s they made a cold cast bronze of a Welsh Pony which was made through Heredities.  No other information.

Wargaming figures and kits made from metal alloy or plastic.  The company was founded in 1979 and is still trading.  There are a few tiny horses available.  They can be found on-line or in war gaming shops. 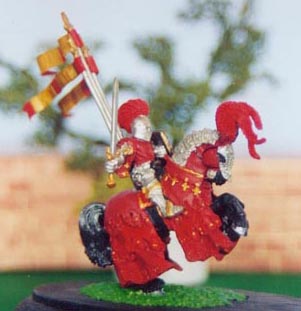 A company from the West Midlands making models from silver.  They produced a prancing horse mounted on a marble base.   No longer made.

Dark brown resin models made in Coventry. These were available from may gift shops all over the country.  The range included a lying foal. It is believed they are no longer made.

Authentic copies of Victorian and Edwardian rocking horses made by Brian and Jean Tildersley in North Yorkshire.  It is not known whether the company is still trading.

Welsh company making models from coal and slate. A lying down foal was available. Possibly no longer made.

Produced a sculpture of a Shire Stallion - 'Cowers Lane Trueman' , the National Champion of 1978.  Sculpted by Robert Donaldson, it was a limited edition of 100. Horsing Around re-issued this model using the original mould in 2002.

Small Cheshire company producing a number of resin models of horses, including a polo player, dressage horse and various breeds and poses.  No longer available.

Founded in Shropshire in 1795, this company is more famous for its vases and plates than horses. There were a few equines made, all in plain white bisque porcelain, with breeds such as Arab, Thoroughbred and Clydesdale in the range.   These are no longer made, but the Coalport name lives on as part of the Wedgwood group.

China studio in Devon. A lying foal was made, but it is unknown whether it is still available.

Yorkshire pottery company which made sporting models and trophies in the 1970s. Sculpted by Mrs. P.F. Alexander,  horses could be modelled from life to order. There were hunting and racing models available.  These are no longer in production.

Rocking horse maker which started life in Liverpool in 1836.  The company remained in the family's ownership until its closure in 1993.

Miniature resin models designed by Peter Fagin. Based in Scotland, the company mainly made cats but there were a few tiny ponies available including a Shetland mare and foal.  The company is no longer trading. 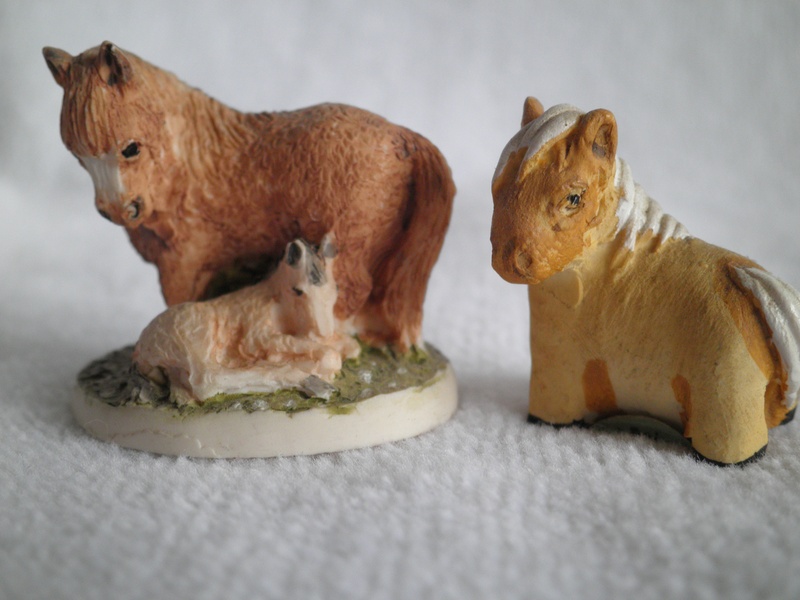 Hand made models by collector Ann Richards in the late 1970s. There were two horses available - an Arab and a trotting show pony. They were made from strong card and painted in any colour.

London-based sculptor.  Has made a bronze of  'Vaguely Noble'.  No other information available.

The studio were founded in the late 1970's by Diane M Lewis who begun her career as a porcelain artist with Royal Worcester in 1953.

Mrs Lewis subsequently became a founding member in 1969 of Cranleigh Art Ceramics, which was bought out by Edward Marshall Boehm of America a year later. It was at this stage she became one of the original quartet to start the new British subsidiary of Boehm, called Boehm of Malvern. She was also their chief floral designer.

Hand crafted clay model horses and ponies made in Wiltshire. They were approximately 1/12th scale and were hand painted to order.  No longer being made.

Stoke-on-Trent china company. Animals were a speciality and there were a number of dogs, horses, ponies and donkeys made.  They were of lesser quality than Beswick.  No longer in production. 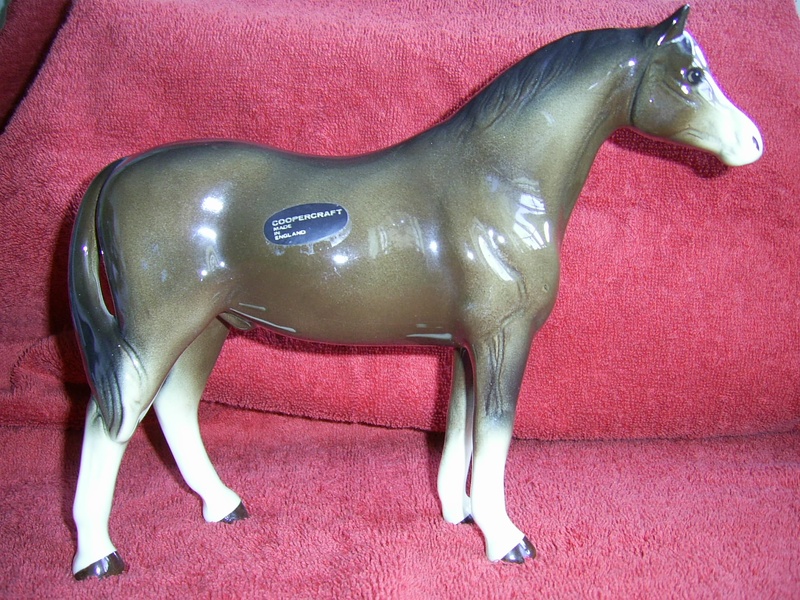 Famous makers of diecast model cars. The parent company was founded in 1933 and Corgi Toys started up in 1956 in Swansea, South Wales. Some horses were made to accompany the horseboxes and to pull the royal carriages. The name is still going under 'Corgi Classics' but at present there are no horses.

Ex-military sculptor who studied at the Central School of Art in London.  He has worked on commissions for Royal Doulton, Coalport, Franklin Mint and Wedgwood.

Family run firm from Gloucestershire producing the sculptures of David Geenty. They use both cold cast and founded bronze and can be contacted through www.david-geenty-designs.co.uk

Well known company based in Warwickshire producing quality resins by artists such as David Ivey and Richard Sefton.  Originally named Richard Cooper Giftware Ltd, the name was changed to Country Artists in 1987 and is still going strong.  Their range includes many horses and ponies of various breeds, country scenes and racehorses such as Desert Orchid.  They also produce 'A Breed Apart' - a series of caricature animals including horses. 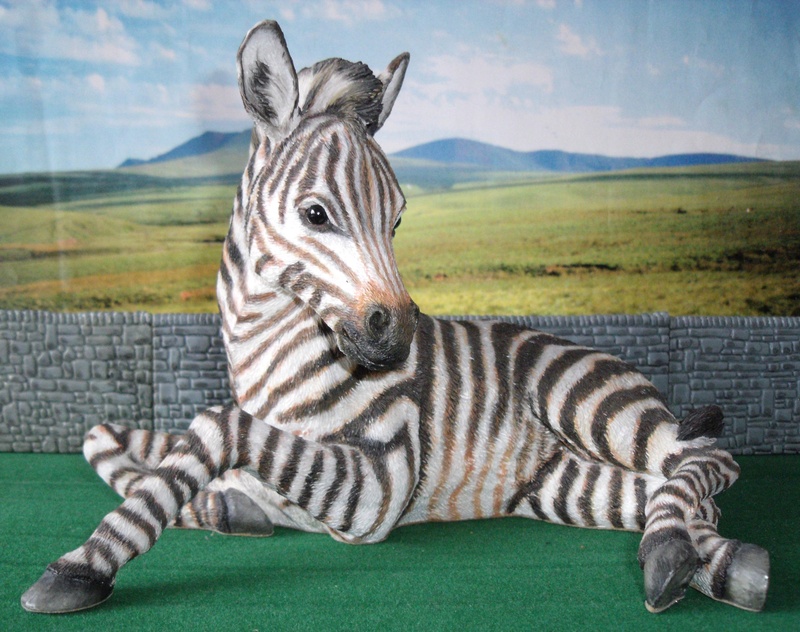 Earthenware animal figures made in the West Country. They had a standing donkey in their range.  May now be no longer in production. 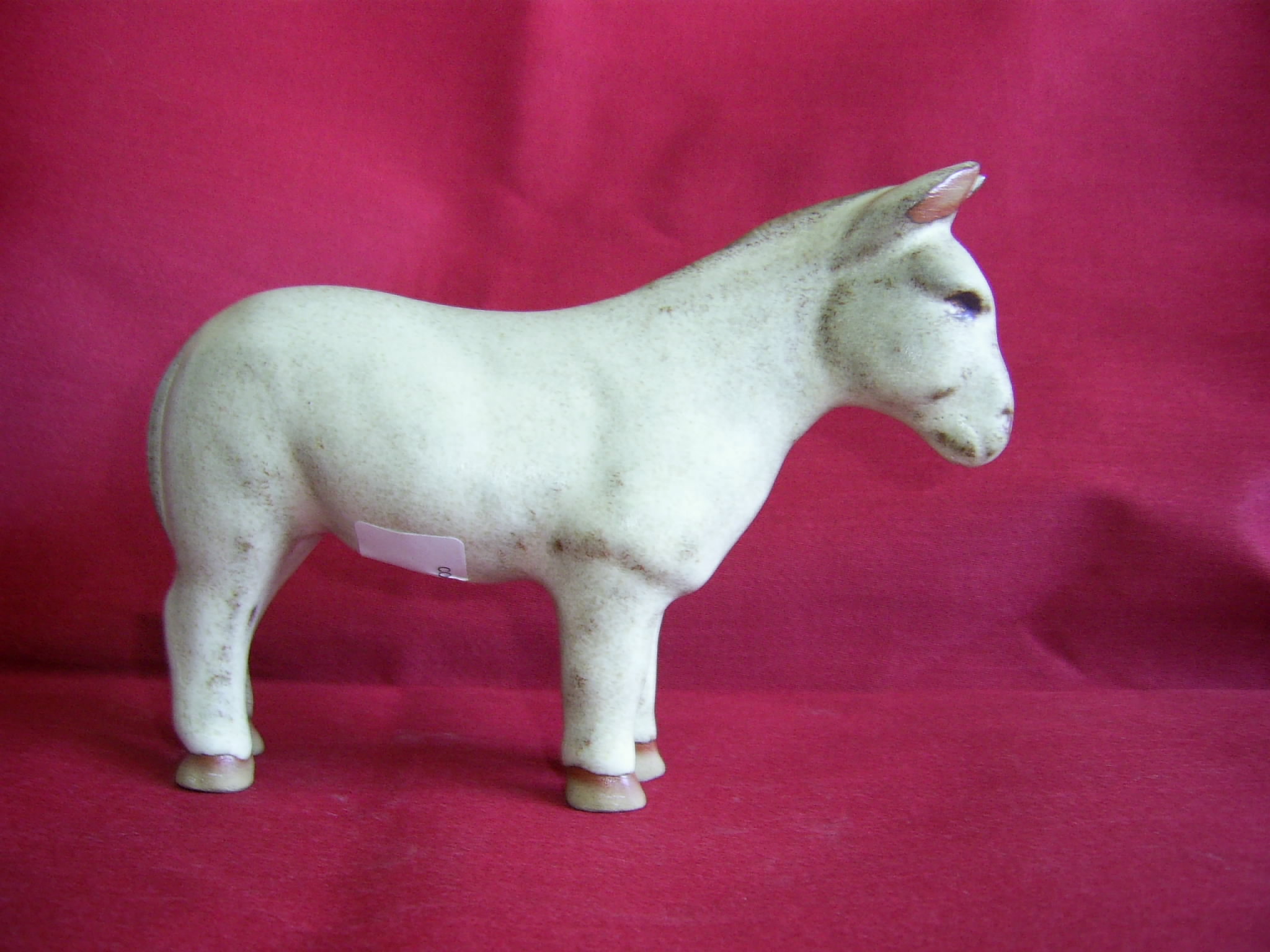 Hunting figures in porcelain and painted to the customer's requirements. Was based in Lincolnshire but is now no longer trading.

Wiltshire sculptor using bronze and silver. Sarah has been sculpting horses and other animals since 1999.

Solid pewter mini models of equestrian scenes such as hunting and racing, mounted on wood bases. These were issued as limited editions and may no longer be available.

London diecast metal and plastic toy company started in 1922. The Britains-sized models had horses to accompany the toy soldiers, farms and cowboys.  The company traded until 1980.

Hand made soft toys from the Shetland Isles.  A Shetland Pony was available.  No longer made.

Family run business which began in the 1970s in Cheshire. It is not known whether they are still in production.

White metal kits for 'N' gauge railway models. The range included various horse and cart combinations such as a brewer's dray.  No longer in production.

Owner of Horsing Around who has made a couple of original sculptures including a Polish Arab in resin.

This pottery company started in the 1970s and bought over Coopercraft. They produced some of the same horse moulds. No longer made.

Sculptor based in Lincolnshire. Her work includes bronze and precious metal studies of polo and racing, from life-sized statues to trophies.