This is an A-Z Guide of British made model horses of all types, styles and materials.
Some makes featured here are still available to purchase today but sadly most are now no longer in production.

The BECF wishes to publicly thank Pam Wakelam for organising and writing this wonderful extensive guide to model horse sculptures made in Britain.
We would also like to acknowledge Keren Gilfoyle-McGroarty for her help to - Thank you.

As you can imagine this is a huge and ongoing project. There are currently over 520 Makes, Companies and Sculptors listed in this British A-Z of Makes Guide!
If you have any further information of any of the makes/models listed here please do contact us - we would love to add to the information we have so far.  We are also looking for more pictures to go with this guide, even if we have a picture already we would love to add ones of different examples - so If you do own a make of model listed here and have a picture that we can use on this website please email Jackie. Thank you.
All Photographs and Models in this guide belong to either Pam or Jackie, unless otherwise stated. All rights are reserved.

Please Note: Some of the pictures in the A-Z are very slightly distorted, we are sorry about this, and are hoping to fix it asap.

Born in France, Marie Ackers came to the UK in the 1990s.  She is a mainly self-taught sculptor working with bronze and has made several equestrian pieces.

Plastic model construction kits, famous for its planes and cars but also has made several horse kits in the past. Most are Stablemate sized military figures, available in various poses.  There were also a few 1/12th scale models including the 'Bengal Lancer' and  'Showjumper' complete with riders.

Established in the early 1970s in Worcestershire, Albany made high quality models by artists such as David Lovegrove.  Horses in their range included Arabs and TBs, especially racehorses such as Red Rum, Desert Orchid and Mill Reef. 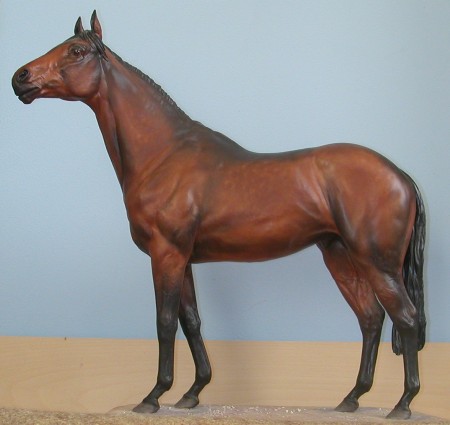 China manufacturer for companies such as Animal Artistry and sculptors such as Nanse Browne and David Mayer (with the latter, they formed Alchemy Earthworks). They were based in Gloucestershire until their move to Animal Artistry in Herefordshire in 2004 and eventually were bought out by Donna Chaney.

Ceramics company from St. Ives, Cornwall which was started around 1974.  They specialise in giftware and animal models.  There was a lying foal available.

A well known sculptor in the horse world, mainly working in bronze. She has produced many equestrian pieces for various companies including Heredites. Her work includes everything from famous racehorses to Welsh ponies.

A company based in Hampshire that produced solid bronze car mascots featuring racehorses. Their models could also be used as trophies or desk ornaments.  These were made in the 1980s and it is understood that they are now out of production. 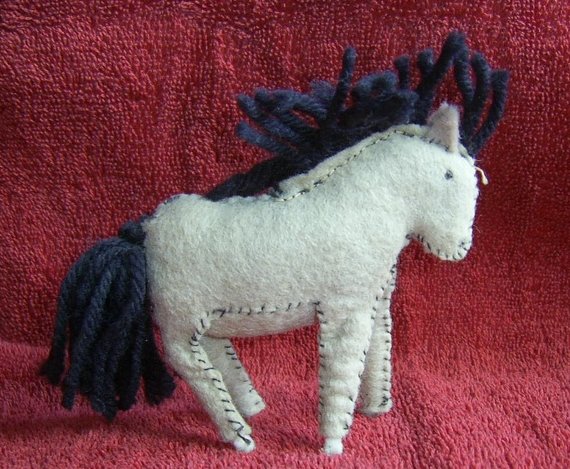 Established in 1984 by Donna Chaney in Herefordshire. Donna has created many horse and dog figures over the years. They were all made from resin but in 2000, bone china models were produced with Alchemy Ceramics. Earthenware pieces are now produced on site to. There is a collectors club for enthusiasts. For more information, please go to www.animalartistry.co.uk 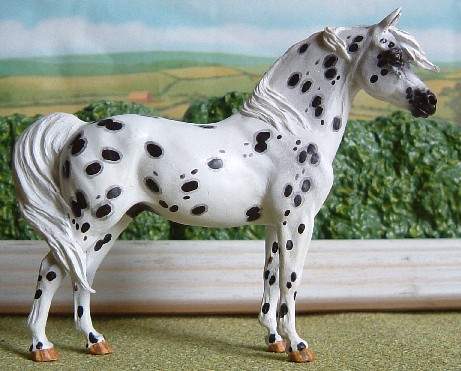 Resin models made by Anita Chaney in the 1990s. Horses and ponies were available, from Arabs to Shetlands.

Collector Tamara Driver of Avon made a handful of resin horses around the 1990s. No other information available.

Unusual rocking horses made by Stuart and Pam Macpherson in Abergele, Wales.  These were not your traditional Victorian style but specific breeds of horses or ponies in naturalistic poses. They were made from a 'modern material' (it was never divulged what!), rather than wood. Apart from bespoke rocking horses there were several off the peg models available, such as a Unicorn, foals and fairground horses. It is believed these are no longer made.

Felt models made by collector Alison Plant.  These 1/12th scale horses are 'sculptures' rather than toys and are carefully modeled with sewn muscles and features. Any breed could be made to order or there were kits to make your own. The range also included riders and tack.  The models were first made in 1989. Alison is once again making these are can be contacted via her Facebook Page - ApisCrafts

Sterling silver models made in East Sussex. A hunting group was produced consisting of 3 horses with riders and 9 hounds, approx 1 ¾" high.  Believed no longer available.

Resin models sculpted by P.Hogg of Hawick, Scotland. Known models available were a donkey and a foal.  Believed to be out of production.

Company based in Middlesex which produced resin sporting figures around the late 1990s.  Models of different equestrian disciplines were available, such as show jumping, dressage, cross country and racing.  They were painted to the customer's requirements. It is unknown whether this company is still trading.

Sally studied under the great John Skeaping at the Royal College of Art. She has made many equestrian pieces in bronze, from trotting Arabs to donkey foals. Sally passed in 2015. More information can be found on this Wikipedia page.

Model horses made from real cow and calf hide. They came in various sizes and 'breeds' (despite all looking the same!) and were produced during the late 1970s to mid-8os. There were also riders and tack available.  These models were originally made by Edith Reynolds in the 1940s-1960s and are virtually identical apart from the label sewn onto the horse's belly. 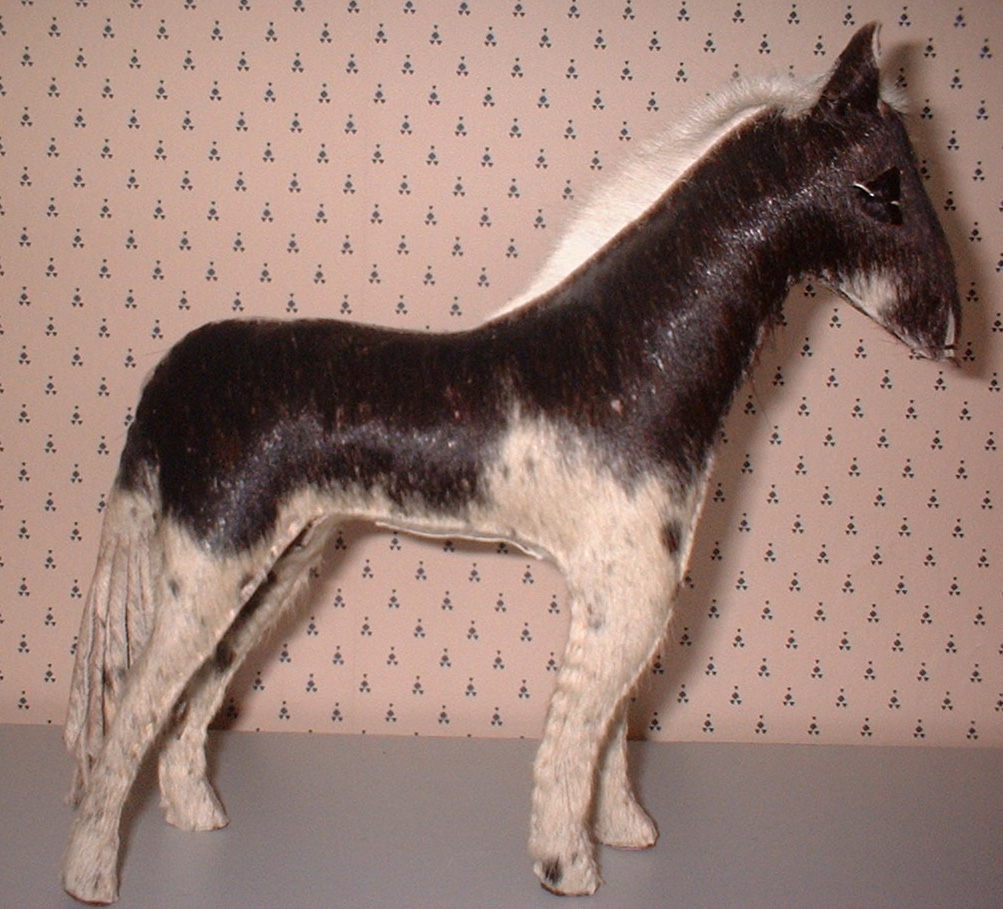 Founded in 2002, this china figure company is based in Worcestershire. They produce the 'Critters' range of caricature animals. There are chiefly dogs and cats but a horse called 'Clyde' and a donkey named 'Dooley' are available. Visit the website here for further information and stockiest.

Makers of traditional wooden rocking horses. They were active in the 1970s and are assumed to be no longer trading.

East Sussex company which produced bronze models. Their range included a copy of PJ Mene's famous sculpture of an Arab Stallion in a limited edition of 250 in 1981.  No more information about this company is available.

A maker of miniature rocking horses in 1/12th and 1/24th scales for the doll's house collector market. They are hand made and painted to look like the real Victorian horses.  Leather tack and country boots were also made to scale.  It is not known whether these are still in production.

China models, including a few equines.  I have seen various standing and lying foals. They are not the finest quality and not particularly life-like!  No longer in production. 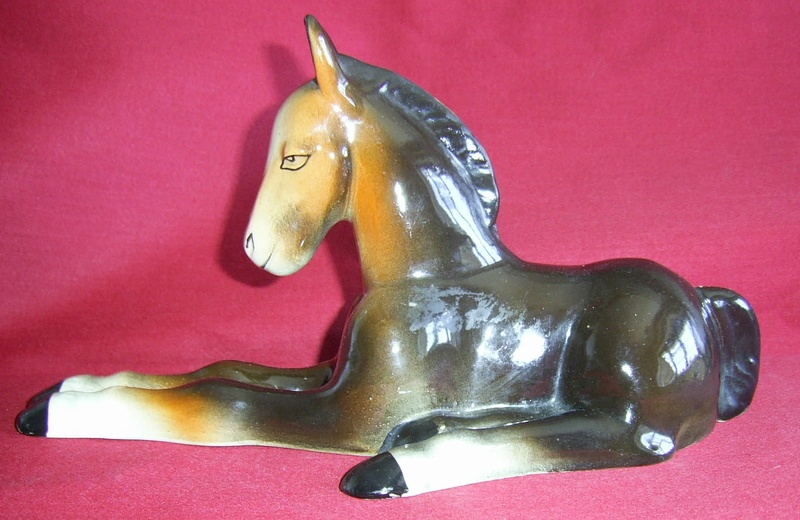 A company based in Stoke-on-Trent making china models. They are more recently known for their resin figures. Lots of horses in their range, including Shires, Thoroughbred, mares and foals, etc.

One of the most well known of the traditional rocking horse makers. They were founded in 1864 and based in London.  They are now very expensive antiques!